Never Too Late Review and Giveaway by Morgan Jane Mitchell

My 5 star review for Never Too Late
Rick!!! okay now that I got that out of my system, this picks up after In too Deep, but also you get Rick's POV, which all I can say amazing. Morgan has a talent for writing and executing sex scenes with such precision, I am almost convinced she is a surgeon of words, if that even makes sense. But anyway I loved getting to find out what in the heck happened after being left with that cliffy in part 1. Lots of questions are answered, leaving me with new ones. What can I say I am hooked, can't wait to read what is next. Holy Hotness ! This book will set your kindle on fire :)

In Too Deep by Morgan Jane Mitchell"I'm going to fix you Loraine. I know what you need... you've never been with a real man. You need to let a man take charge for a change."Loraine has no problem getting what she wants from a new man every night but has never let one in... literally. Rick needs it multiple times a day but has never kissed a woman, on the mouth that is... When two sex addicts agree to cure each other so they can be with other people, will they get in too deep?
Amazon
Amazon UK
Barnes & Noble
************************************Never Too Late by Morgan Jane Mitchell 2 sex addicts had a deal... It didn't include falling in love...The wildly anticipated second installment in the erotic romance series Table 21 includes Rick's POV and what comes after In Too Deep, a novella featured in bestselling erotica Forbidden Fruit Vol. 1.Loraine, a sexual encounters addict wasn't suppose to have a fear of penetration. A freak of nature, she'd never let a man in until Rick decided he would fix her. Rick thought he hit the jackpot making a deal to be Loraine's daily fix. An addict himself, he thought he could fulfill his own addictions while he broke her in for another man... and so he could marry that man's rich Mother... until he fell in too deep. When a deal between two sex addicts leads to nothing but trouble and heartache, Rick and Loraine rediscover their addictions. Both think it's too late for love until Rick, doing the unthinkable, takes matters into his own hands.
Bestselling Romantic EroticaNever Too Late Amazon http://ow.ly/vRaN5Amazon UK http://ow.ly/vRaGZ B&N http://ow.ly/vRy57 Kobo http://ow.ly/vRaTfStalk the Author
Author website: http://www.themorganjane.com
Author blog: http://www.themorganjane.com
Author Facebook page: http://www.facebook.com/themorganjane
Author Twitter: http://www.twitter.com/morgijane
Author Goodreads Profile page: http://www.goodreads.com/author/show/6984554.Morgan_Jane_Mitchell
Author Amazon Profile page: http://www.amazon.com/Morgan-Jane-Mitchell/e/B00CDNX7PM/ref=ntt_athr_dp_pel_pop_1 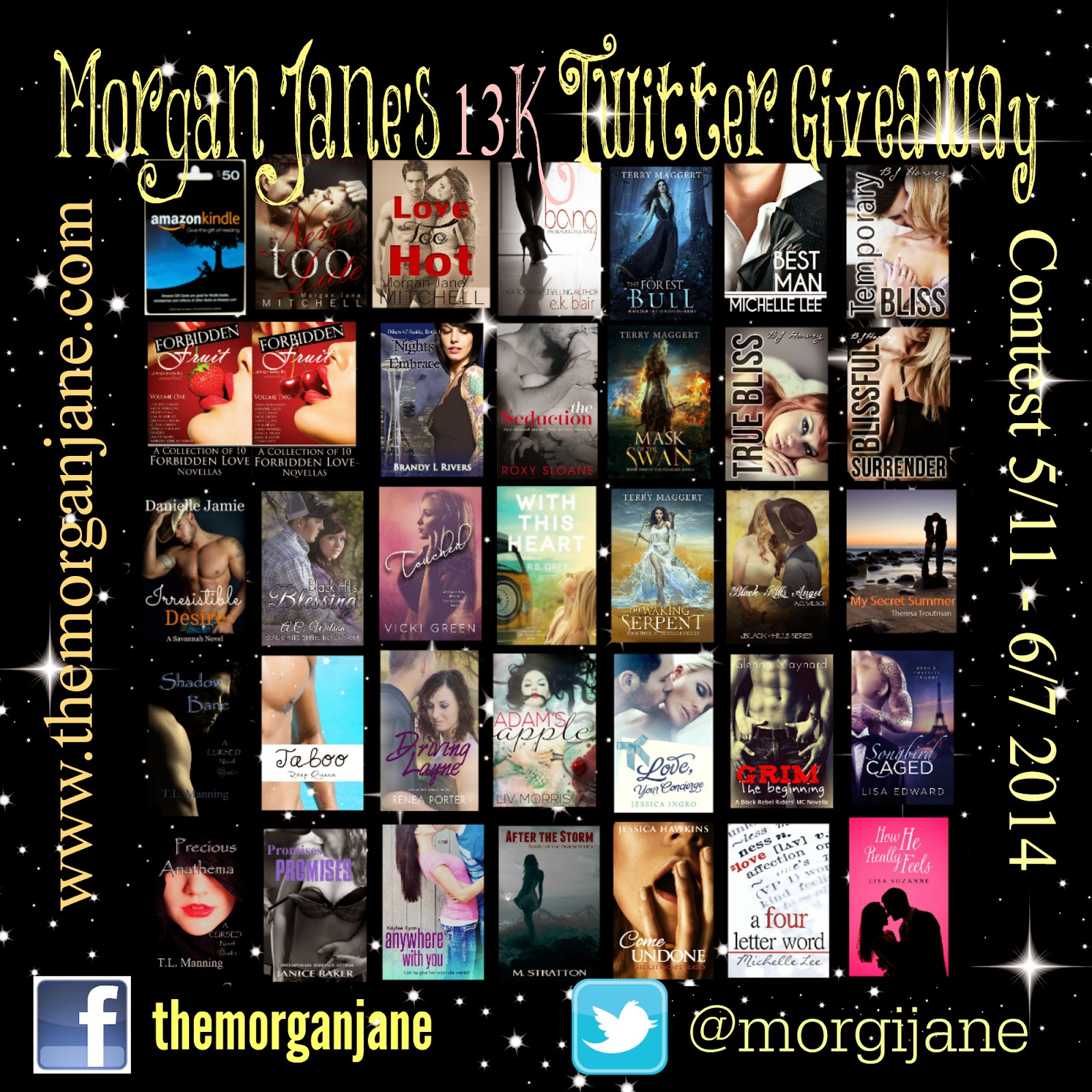