A day I  was never sure would come is almost here. The final installment of The Black Rebel Riders' MC Saga will be November 28th 2017. I chose the date because it is my son's birthday and nearly marks when I first began writing  Baby's story. Yeah, her book was supposed to be book 1 of the series but Grim had  a story tell and well, if you know Grim, there is really no denying him.

It has been one hell of a ride. Thank you for embracing my foul-mouthed bikers and supporting our journey. Writing the end was bittersweet. My rebels are my best friends,  they have been such a large part of my life these past four years. While I am sad to see their adventure come to an end, it was time to let them go. But, don't be too sad, I do have plans of spin-offs that will take place in the world of BRRMC.
Book 10 The Devil's Rebel is available for Pre-order 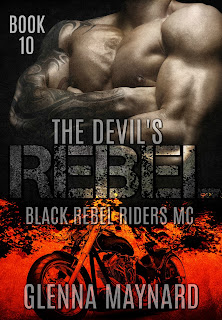 One of the first lessons we learn in life is never to take rides from strangers. Sara always thought she was smart and would never become a statistic. However, when she meets a cute, older guy at a basketball game she has no idea that he is a member of the Devils Rejects and a sworn enemy of her family. Taken in by his southern charm and good looks, she takes a chance. A chance that could be a grave mistake for the daughter of a Black Rebel Rider.
As brother-in-law of the President of the Devils Rejects, Danny has no choice but to do as he is told. In this life the only way you are leaving is in a body bag. You can either ride or you can die. When Marek demands he bring him the daughter of a Black Rebel he follows his orders like a good brother should. Only he grabs the wrong girl. He may be falling in love with his captive, but loving her could be his end.
Grim thought he had laid the ghost of Gypsy Red to rest and let that part of himself go once and for all. However, a deathbed confession rips the old wound wide open leaving him questioning the past forty years.
The Black Rebel Riders’ MC Saga continues. This time when an enemy goes too far it means war and no one is safe. 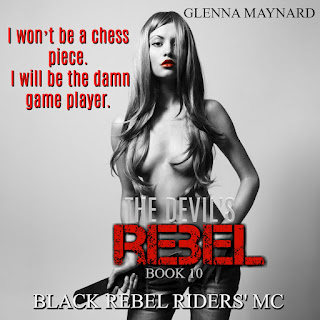